How To Encourage Kids To Use Educational Toys 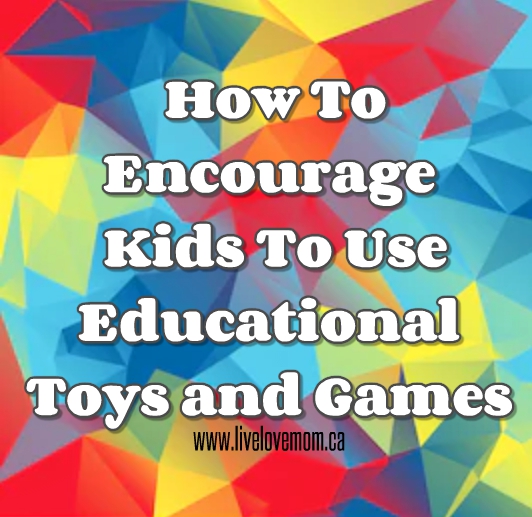 Kids often enjoy games and toys that aren't that educational, and will often go for those first. While free play is crucial to the development of young children, it's also advantageous to give them the biggest variety possible. With educational toys and games, parents are able to focus a child's learning on a particular area they need to perfect. Whether it's a toy or a game, here is how to keep your child's attention and get them interested in what you want them to do. Some children need more encouragement than others, and simply requiring them to do something brings about tantrums and meltdowns when it comes to playtime. Here is a more gentle and subtle approach to take.

Get out the toy. It's good to get the toy or game out as obviously as possible. You want to peak your child's curiosity as well as get them intrigued with what you're doing. This is often the case with young children, they always want to know what their parents are doing. If your child is indifferent, that's okay. You still have more steps to do.

Announce you're going to play with it. This is often enough for elementary-aged kids to swoop in and say, me too! Or for more demanding kids to swoop in and grab it, then play with it or run away. However, it is also often that this merely peaks the child's curiosity. Some will continue to do what they were doing, especially if they are very concentrated.

Hint that you need help. If it's a game, you can say aloud that you need help in a vague way. If the kids don't volunteer, you can try asking your child for help, or their opinion. For example, ask where they think a puzzle piece goes. This should engage the child and draw them towards you and what you're doing and encourage their participation. Be sure to continue interacting with the child so that they stay interested.

Do the activity together. Once you have the child's attention and they decided they want to play with you, go ahead and play the educational game or with the toy together. Some simple games and toys are considered educational, such as building a tower with blocks. This is a popular way for doctors to assess a child's development. You can also use toys that help children practice buttoning, zipping, tying things such as shoe laces, onesie snaps, or coats.

Reply Grace
4:57 PM on April 16, 2020
Great tips. Thanks for a lovely blog post. Sharing with my sister as she has younger kids.

Reply Lauren
9:03 AM on April 17, 2020
These are great tips! Always trying to limit the screens and do more educational things!

Reply Ainsley
10:51 AM on April 17, 2020
Awesome tips! Hopefully regularly doing this will encourage them to start asking you to play!

Reply Melinda Cummings
6:08 PM on April 17, 2020
Great tips!
Sometimes you have to come up with creative ways to get the kids to play.
We try not to say educational or learning when it comes to things as we find that they aren't as keen to play.

Reply Amber Derrick Shelton-Robinson
6:12 PM on April 17, 2020
Really needed this today! Going to try these out on my two year old!